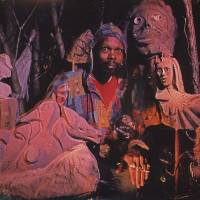 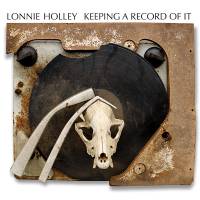 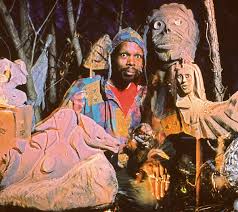 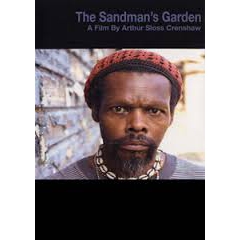 
- Dust-to-Digital presents a documentary film DVD on the life and art of Lonnnie Holley.
- This film was shot in 2003 and 2004, released in 2005.
- A moving chronicle focusing on Holley's construction of a sculptural environment in the Birmingham Museum of Art's sculptural garden. Filmmaker Arthur Crenshaw works in Birmingham, Alabama and specializes in artist profiles and films for non-profit organizations.
- Holley has collaborated with such musicians as Cole Alexander from the Black Lips, Bradford Cox from Deerhunter, and visual artist Lillian Blades, and has received wide acclaim for his recent release Keeping a Record of It from places such as The Wire, NPR, Spin, Pitchfork, Chicago Reader, and more.
- The Sandman's Garden was presented at the following festivals: Big Sky Documentary Film Festival, Durango Independent Film Festival (Jury Commendation, Documentary Feature), DocuFest Atlanta, Sidewalk Film Festival, Birmingham, Alabama, and George Lindsey UNA Film Festival, Florence, Alabama.