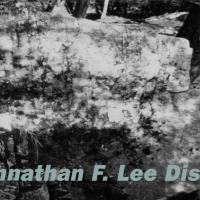 "Dislocated" is the debut solo album by Johnathan F. Lee (johnathanflee.com), compiling various works from installations and collaborative performances from the US, Europe, and Japan.

Ranging from avant-garde electroacoustic concert works to compositions from exhibitions and contemporary dance performances, "Dislocated" finally offers, in an album format, pieces that have been presented in a myriad of contexts dating from 2003 to the present. Crafted from a kaleidoscopic array of sources, the tracks offer fractured downtempo beats, splintered rhythms, and intense ambient soundscapes. Although taken from a range of different periods, all of the works explore and resynthesize a network of associations and disassociations, "dislocated" from disparate styles and contexts.

This multi-faceted approach is also reflected in the origins of the tracks themselves, as well as the diverse musical background of Lee. Focusing on the music taken from collaborations with other people in other disciplines and media (choreography, video, installations, and new media performances), "Dislocated" is one document of the intersection of disciplines that is a hallmark of Lee's work.

Lee's recent activities are primarily focused in the international academic community of computer music, where he works as an Assistant Professor and co-director of the Computer Music division in the Media Arts department at Tamagawa University in Tokyo, Japan. In addition to his involvement in academia, he has also worked in the past as a bassist and co-producer for the Freight Elevator Quartet. Collaborators in the fields of visual art, multimedia and dance include Samuel Bianchini, Elaine Thomazi Freitas, Jan Kopp, Ellis Wood, Keiichi Tanaka, Alex Abreu, Theresa Ling, Saya Tamagawa, and Meg Wolfe.