DAZION A Bridge Between Lovers 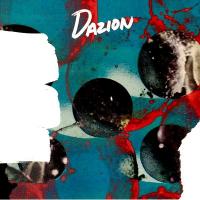 Following up on the 2017 debut EP 'Don't Get Me Wrong’, Dazion returns with his second release on Second Circle.

On his latest EP; 'A Bridge Between Lovers’, we hear the Dutch multi -instrumentalist take even more unexpected swerves and turns in the form of fi ve new tracks recorded in his home studio in Den Haag. Setting himself loose from any musical confines, his process develops spontaneously; a Spanish guitar connects with an Indonesian wind instrument, wood sticks are channelled through a gritty sampler, while weird drum pattErns make their way out of Alesis HR 16-B and Yamaha computers. The results of these recordings are a fluid yet familiar Dazion sound; typically utilising electronic and organic sounds in his own distinctIve way. As with its predecessor, the tracks on ‘A Bridge Between Lovers’ are heavily rhythmically fuelled as well as rich in melody. Not least during another collaborati on with the Portugese vocalist Paulo on the alluring opening track ‘Eu Ñ ao Sei’, where Dazion again radiates what he himself calls, his "musical message of love to everyone".