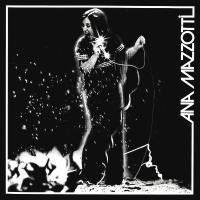 Far Out Recordings present an official reissue of Ana Mazzotti's self-titled album, originally released in 1977. An artist as imaginative and unique as Ana Mazzotti doesn't come around often. Dubbed a "super-musician" by fellow Brazilian virtuoso Hermeto Pascoal, Mazzotti's short but rich musical career culminated in just two studio albums: Ninguem Vai Me Segurar (1974), and Ana Mazzotti (1977). Outside circles of Brazilian funk aficionados, these two gems of spellbinding samba-jazz, lysergic funk and trippy bossa have remained relatively obscure. This was partly as a result of Mazzotti's premature death (she lost her battle with cancer in her mid-thirties), but also due to financial restraints and the prejudice she faced as a female songwriter in a fundamentally sexist society. Born in Caixas, in Brazil's Rio Grande do Sul municipality, Mazzotti began to play the accordion aged five, before moving with prodigious ease onto the piano. By the age of twelve she was already conducting her convent school's choir, and at twenty-one she led her city's premier chorus, the Coral Bento Goncalves. When rock n' roll hit South America in the '60s, a young Mazzotti was one of the early adopters, fronting various guitar groups including an all-female Beatles cover band, and an eclectic, eight-piece psychedelic group Desenvolvemento. Before moving to Sao Paulo to start her career proper, Mazzotti met drummer, producer and fellow music educator Romido Santos, who she would later marry. Romildo introduced Mazzotti to jazz, and music by the likes of Chick Corea and Hermeto Pascoal who she would later befriend and perform with. In 1977, Mazzotti took her debut album back to the studio, releasing the album with a new running order and new ethereal cover art, ostensibly another crack at commercial success following the small scale of the independently funded first release. With intimately re-recorded vocals, and the bonus of gorgeous horn arrangements and a new track: the carnivalesque "Eta, Samba Bom," replacing Roberta Flack's hit "Feel Like Making Love," Ana Mazzotti (1977) delivers Mazzotti's refreshingly cool musical style even more effortlessly, while retaining the all magical energy of her debut. A cult Brazilian treasure.