HANNA I Needed / Intercession, On Behalf 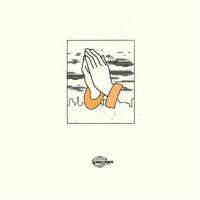 Melodies International are extremely excited to bring forward their latest reissue and 18th release, presenting two of their favourite tracks by Chicago based house virtuoso Warren Harris aka Hanna: I Needed / Intercession, On Behalf. Available early October in vinyl 12-inch format and digitally.

Over the past couple decades, Harris’ prolific output has sprawled over fifty records including ten full length albums with releases on renowned label’s such as Theo Parrish’ Sound Signature, showcasing his uniquely distinctive blend of jazz harmony and traditional musicianship with club oriented drum programming and consonant use of samples infused with a strong uplifting sense of spirituality and emotion.

Listening to Harris’ music, his sound can be perceived as a direct reflection of his rich musical upbringing and diverse music related life experiences. Brought up in a musical family in Cleveland, Harris studied double bass privately with one of the bass players from the Cleveland Orchestra Choir his mom sang in. He then went on to play in a heavy metal band in high school! It’s not until he met local DJs Dan Curtin and Mike Filly when he started working in a music store that he started producing electronic music.

Hearing Harris making beats, both Curtin and Filly suggested he should try to make Techno, although he had no prior club experience or knowledge of DJ culture. In his own words “that would explain my earlier
works that had tracks fading and no long drum intros”.

Amusingly, it’s Harris’ perspective as an outsider and complete disinterest in attempting to emulate fads from the “scene” which seem to fuel his own singular and personal take on house music. I Needed and Intercession, On Behalf, two tracks that were originally released on his CD only album Exquisite Style from 2004 are perfect embodiments of Harris’ style at their peak. His usage of uplifting gospel samples blend in perfectly with the rest of the tracks, built around his own takes on garage beats, ethereal pads and catchy lead patterns.