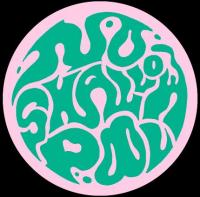 I’ve known Son Milton a long time. He's a couple year's older than me. He came of age in the rave era, sneaking in to Awesome 101 as a fresh faced 14 year old to catch Joey Beltram. You see he's always been a man of taste and from that he quickly gravitated to the raw sounds of Detroit and Chicago; UR, Relief, Cajual. The thing is, no one told him to do that. You need to know that no one in the wee town we grew up in was in to those sounds - he grew up in a council flat in a tough bit of town. No one clued him in to it, he got clued up himself. He was just compelled towards it. The music was him, he was the music and it’s been that way ever since.

By the time I met him in the late 1990s he’d already amassed (what still remains) the most mind blowing, deep collection of music (and music mags) I’ve raked through. Every KDJ and Theo release, GU, Boo, Drexciya, the lot. He lent me his Innerzone Orchestra ’Programmed’ 10” box set the first time I went to his house - I think maybe he was just happy to meet like minded folk in the same town. I accidentally tore won of the sleeves, he’s never forgiven me since.

Fast forward to the present day. I’d love to tell you the interim 20 years were productive ones but I honestly don’t know; my memory is a haze. I think we were in a band together, we DJ’d together, partied a bit. But this EP is a product of all that time, all that endurance. It’s the sound of an emotional memory bank, the images aren’t clear but the feeling is real. And how many times can you truly say that these days?