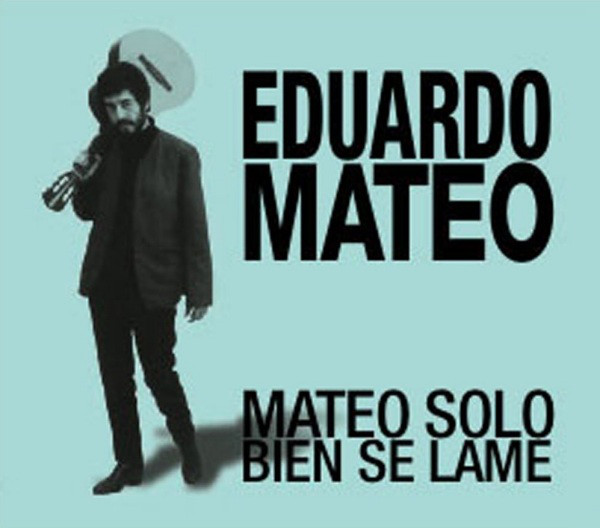 A record that requires many superlatives in order to do it justice: from it’s first moments, the music is lilting, poetic, intimate, in turns life-affirming and melancholic, with pulsating percussion backed by unheard-of guitar chords and tunings (perhaps the reason for the frequent Caetano Veloso comparisons); it is an album that sounds—simply put—honest. Released at the end of 1972 in both Argentina and Uruguay, it was received from that first moment as a classic.

When iconoclastic maniac Eduardo Mateo traveled to Buenos Aires in October of 1971 to record what came to be “Mateo solo bien se lame,” his situation was unusual. Mateo had become a living legend of Uruguayan music: the public had a clear notion of the odd behavior that by the end of his brief life made him a part-time panhandler and apparent acid casualty. But they still wanted a Mateo record. Making this happen was not easy, as Mateo tried to erase everything he recorded as soon as it was put onto tape—and that only on the rare occasions when he showed up ready to play. In the end, engineers Carlos Píriz and Eduardo Rozas selected material for the album from hours of free improvisations, and formed the album as it appears today.

"Eduardo Mateo an Uruguayan gem a pedagogic wild child virtuosic hell raiser and eraser! an artist who’s words and music
belong not to tomorrow not to eternity but to the timeless realm of the now.Ever-green ever-fresh and ever-new
with each listen, so please , just listen! —Devendra Banhart

• From the original master tapes

• 180-gram vinyl plus 11" x 34" six-panel foldout insert with the fascinating story of the legendary Mateo, his “madness,” and the making of this classic album
レーベル #: LION PRODUCTIONS (US)