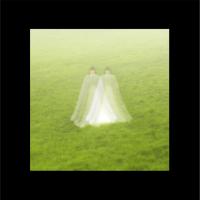 Rooted in the São Paulo contemporary art scene, Laima Leyton’s credentials in the world of music are firmly established as one-half of Mixhell alongside her husband Iggor Cavalera (Sepultura, Cavalera Conspiracy) and for her work with Soulwax. Now the producer, musician, activist, artist, mother and teacher unites her multifaceted talents with her ambitious double-vinyl debut album ‘Home’. It will be pressed and distributed by The Vinyl Factory and released by Deewee on November 8th.

Featuring two records that are designed to be played simultaneously: Laima’s vocal and synth tracks on the ‘TONAL’ disc alongside Iggor’s beats on the ‘RHYTHMICAL’ record. Syncing two records offers an unconventional way to experience the music. Rather than passively hearing the music, the listener’s need to ritualistically sync both records makes for an immersive experience.

There are two key elements that make ‘Home’ such a distinctive project. Thematically it explores how the two core contrasts that inform Laima’s life can coexist. On one hand it’s about domesticity – her love for her family and her frustration with domestic routine. Yet on the other, it’s about her creativity – her desire to express herself artistically while still tending to her role as a mother and a housewife.

“It’s almost like a family photo album in another format,” says Laima. “I needed to find the balance in this dichotomy, to feel good with myself in both roles, and be aware of things that really mattered to me. To be a woman, a mum and a female producer: all of these feelings were in the music.”