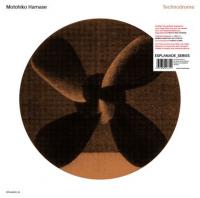 A few years ago, the creators of house music, who are collective and anonymous, tried to transcend the framework of tonality and expand the frontiers of music not with any sophisticated ideas but by having an intense beat and bass sounds take center stage in their music. Ambient house also succeeded in realizing the same idea as that of John Cage: eliminating the border between noise and musical tone. And yet there happenings were not at all in accordance with a new intellectual current. Rather, house music was being consumed in tremendous quantity as a fashion statement. I myself was deeply impressed at this chain of events. However, I also recognized how drug use acted as a major catalyst of this phenomenon. Because there was too much reliance on drugs for its effect, house music began to reveal its weaknesses and has fallen into a black hole of popularization and stylization.

Both the prosperity and the degradation in house music affected me with an almost violent intensity; I felt the tendencies revealed in house music were not merely fashion, but ware actually symbolic of a change in our image of music. Then, early last autumn, I heard the new releases of Brian Eno and Jon Hassell, both of whom have been consciously pursuing this sign of change. I believe Brian Eno's "Nerve Net"('92) contains the best examples of house music composition around. For his part, Jon Hassell, in "City: works of fiction"('90) provides a thorough expression of city music in one of the most remarkable musical accomplishments of recent years. I also think that there are so many common points in the attitude toward creating music seen in these two works and the musical trials that have been working with over the last ten years.

Coincidentally, last spring I planned to release a collection of chamber music and I had already started composing pieces and bringing together production staff for it("Lattice for saxophone quartet," the eight track on the CD, was the piece that inspired me to work on this collection). After hearing the work of Eno and Hassell, however, I felt driven to express my own musical vision and quickly changed direction, leading to the composing of "Technodrome."
I tried some new approaches with "Technodrome." I used innovative techniques for producing the bass sound. And, to keep my "monocracy" for the recording, I did everything myself, from performing and recording, editing, mixing, and laying down tracks directly on the computer). Also I got bass improvisation not simply for the melody or narrative, but I made it play the role of a picture (for expanding and repeating images as well as several styles of consciousness). Basically, I am trying to destroy the old-fashioned "Improvisation means existence" idea.

"Technodrome" is structured so that it shows neither development nor transformation. My intention was to use repetitions of extremely short phrases for realizing a time sense that has a strong binding force. In fact, this intention and the methods used have not changed at all from my last work, "Notes of Forestry." But, while "Notes of Forestry" attempts to express, on the level of an auditory hallucination, a consciousness of striving and affinities on which life is based, with "Technodrome," I was aiming to express the inverted images, the optical illusions, and the sense of deja-vu that modern persons can get in the city by using the gritty sensation inherent at the core of house music. It was also an attempt to recreate as metaphor the time in our mother's womb.