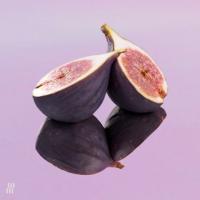 Jan van der Lugt is best known as Tsepo. Under this DJ alias he played for many crowds in The Netherlands and the rest of Europe. After being a successful DJ for 8 years he now releases “Twee”, his debut mini-album that lands on Coloray’s Intercept label. The beautiful 6-tracker strikes a balance between breaks, percussive house, and glitchy ambient.

Jan van der Lugt had his breakthrough around 2013 when he served as one of Trouw's resident DJs. He stood out amongst the pack and his show at Lowlands complimented his upward momentum. After the closing of Trouw, Tsepo quickly got a residency at Shelter and played slots at Wildeburg, DGTL, Fusion, and more. He’s a well-known and highly respected DJ in Amsterdam and beyond.

What many do not know is that Tsepo had been secretly making music for years. For him, it serves primarily as an 'escape and a recovery process'. No, not in a depressed or semi-psychological way. More in a way to reset his mind, on and off. Jan named his debut “Twee” after two important moments in his life. The works on "Twee" are personal and not just written for easy success. It is the result of a beautiful and sometimes difficult time.

Emotive melodies combined with expertly produced beats make “Twee” a warm and eclectic mini-album. The diversity of the music is perhaps best expressed in how easily the glitchy ambient works "Dough" and "Max" go together with the resonating techno track "La Vaca Vega" and title track "Twee". "Extebarri" (where a hard snare is the basis of a driving melody) and the downtempo "Tribeca" round off the release effortlessly - Tsepo knows what he's doing and his years of experience in the DJ booth echo on this wonderful, well-crafted debut.