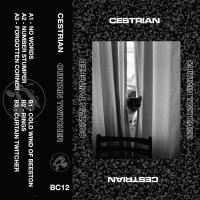 Cestrian aka Ali Renault is somewhat of a legend at Beat Concern HQ. He has been releasing his brand of dark electro on labels such as Bunker Records / Unknown To The Unknown / Mechatronica as well as running his own amazing labels Vivod and Hearse and has dance music in his blood.

I've known Ali personally and been a fan of his other projects for years before I realised he was responsible for Cestrian too, mind blown! As soon as I'd realised, I reached out and now i'm beyond excited to be releasing these 6 tracks on Beat Concern.

'Curtain Twitcher' veers from dark horror soundtrack vibes, eerie and cold pulses that flow into dark electro bangers, ready for the dance floor or your personal dungeon (your choice).