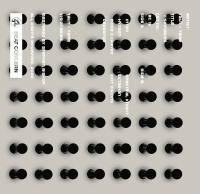 In 1987, 13 episodes and a well curated toy line for a new science fantasy franchise Visionaries: Knights of the Magical Light dropped into the world, blowing the mind of a then 6-year-old Taut + Tame. The story, set on the fictional planet of Prysmos, is a futuristic society where all technology and complex machinery suddenly cease functioning and its citizens are forced to rely on ancient magic to survive. The Visionaries are knights who are split into two factions: the heroic Spectral Knights and the evil Darkling Lords who battle each other continuously for no apparent reason than showing off their abilities to change into holographic creatures (Holograms were more than enough of a draw in 1987, story line was superfluous to need).

After years of playing in bands and whilst learning how to use Ableton, Taut +Tame decided to write the soundtrack to the Visionaries world as he remembered it, resulting in this debut tape. Bit crushed soundscapes with dubbed out breaks that move into lo-fi electro, stuttering arpeggiated basslines and pad sounds ripped off Legowelt sample packs.