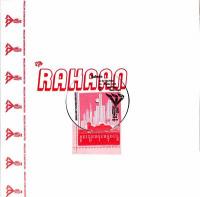 NeighbourSoul Rhythms continues recruiting international talent in its quest to deliver the best disco and house from different points of the planet. For this second release, it’s the American house legend, Rahaan, who delivers up to four American disco edits focused 100% on the dance floor.
After releasing his latest works on Lumberjacks in Hell, Street edits, Disco Deviance or Dopeness Galore, the veteran DJ and producer now signs a fourtrack EP for NeighbourSoul Rhythms, each one of them is frantically sweeping and includes a special nod to the essence of 1970’s Chicago, his hometown.
With an immaculate reputation in the world’s underground scene, Rahaan has been spinning house and disco since the 80’s when he started playing at house parties across the city.
NBS002 starts with ‘To The Point’, pure ecstasy at high bpm and the perfect bridge for ‘Cutting Loose’, a slower cut but with a catchy and playful bass line.
On the B side, ‘Last Thing’ continues the accelerated rhythm of its predecessors to end with ‘Black Magik’, a rhythmic afrobeat hypnotic slap ideal for twisting potentiometers’ Djs.
NBS Rhythms is a new Spanish-French label operating from the Basque Country, Galicia and Paris.