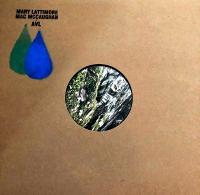 On our first album together, New Rain Duets (also recorded live), Mary and I were improvising but going in we had a basic structure and melodic idea laid out for each of the four parts. In the Spring of 2019 we booked a short tour to support the release of that record, but unlike every tour I've ever been a part of, we were not going to be playing songs from the album we were promoting. For me this was a terrifying idea, but ultimately liberating, as it meant that each show we were starting from a blank slate with no expectations except to (hopefully) make something beautiful. Mary and I talked about the need for this kind of feeling in music then, and I find it even more important now, one long year later.

Unique moments of synchronicity stand out in my mind from all four of the shows we did, when some odd sound would leap out of a synthesizer or Mary would hit a great bass note at the same time as the Casio spat out a high distorted version of the same note; it was a truly fun experience. And playing with Mary means that beauty is going to be happening more often than not. But the last show of the tour, in a former church in Asheville, was perhaps my favorite and we were lucky that Jeff and Keith at Ambrose West were recording that night.

AVL is available digitally and on vinyl in a limited pressing of 500 copies, on black vinyl in hand-painted, rubber-stamped and hand-numbered chipboard sleeves.