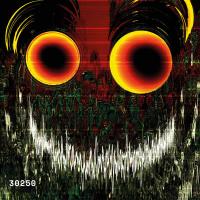 As one half of Red Axes, Dori Sadovnik could perhaps already stake a claim as one of the most prolific men in electronic music. A natural artist, Sadovnik is the sort of musician who never stops recording, a creator ahead of a consumer, well-adapted to a frenetic lifestyle.

This particular impulse has been funneled into a project known as Kapitan, an already expansive collection of tracks clocking in anywhere between 130 and 150 beats-per-minute.

As for a home, it just so happened that DJ Tennis, friend, collaborator and founder of Life and Death, was processing similar instincts, borne out of his love and association with the nineties heyday of IDM, pioneered by labels such as Warp and Rephlex.

“I don’t really know what led me there but I had a feeling that I needed to be in the mountains”, explains Sadnovik. “I’m not a nature guy, nor do I feel particularly spiritual, but I was always struck by the harmony of it all. Everything is in the mix.”

This all-encompassing, blissful philosophy is deeply felt throughout this journey, a fluid blend of analogue and digital sounds rendered as organic as the landscape that inspires the album. Interlocking rhythms evolve into unexpected chamber pieces and bubbling acid lines blossom into rave psychedelia on opening tracks such as ‘Weird Day’ and ‘Flowers’, progressing to the sound of ‘Takak’, which inspires meditations on enormous bass weight, as mantras creep in from the surrounding forest of sound.

In the album’s second-half, this sincere sense of awe expands further still. Centrepiece tracks ‘In The Valley’ inspires a true sense of wonder and transcendence, complex rhythms blending with wide-eyed reverence. ‘Smile’ is trippy and innocent while ‘Elleven’ crackles with whispering energy over whiplash breakbeats.