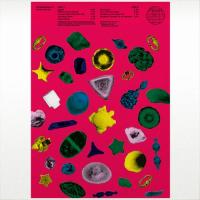 It all began eight years ago with a copy of R. Murray Schafer’s The Tuning of the World found in a box in a cabin, deep within the Pacific coast rain forest. This catalyst provoked Scott Gailey to draw inspiration from the sublime environment that surrounds his home on the West Coast of British Columbia. This exact landscape had a profound effect years earlier on a group of composers centred around Schafer and Simon Fraser University, including Hildegard Westerkamp and Barry Truax, who banded together as the World Soundscape Project (WSP). Where the WSP was primarily interested in field recording as sound ecology - documenting, preserving, and archiving a changing landscape - Gailey explores the musicality of field recordings through various synthetic approaches, a way to access the ambiguous emotional content latent in the natural world. There is a subjectivity to Gailey’s work, and in that sense it has more in common with the sensual musique concrète of Luc Ferrari, or even the Fluxus tape works of Henning Christiansen, than with the WSP. Despite having roots in this well of thought, Polysensuality is undeniably modern, finding kinship with contemporary works by Sugai Ken, Visible Cloaks, and Meitei, while also dipping a toe in the sound pool created by Haruomi Hosono and Hiroshi Yoshimura. Gailey has previously explored this palette in his duo You’re Me with Yu Su, but here there is more space, more silence, greater extremes, and in this way it is more personal, like a soliloquy rather than a conversation.

In a way Polysensuality is a sonic addendum to Diane Ackerman’s A Natural History of the Senses, a proclamation for approaching the lived sensation of your environment in a way that doesn’t privilege any discrete element of perception. This approach gives voice to the in-between and shared areas of our five senses, which have been sublimated due to our scientific approach to feeling. From Luigi Russolo through Brian Eno, music has often been prone to experiments in synesthesia, but rather than explore the ways in our senses get crossed, the focus here is on how they relate to each other, and how that affects the ways humans interact with their lived environments, their ecologies. And in this sense, the sounds on the album - field recordings, percussion, voice, piano, clarinet, guitar, synthesizer, and bass - all live in inchoate and transitory states, somewhere between silence, landscape and song.

The recent revival of ambient music encourages a subsumed form of listening and composing, optimistically suggesting a repositioning of mankind within natural order rather than superior to it. An idea slowly making its way across disciplines over the last half-century, from the ephemeral works of Robert Smithson and Andy Goldsworthy to the radical gardening techniques of Piet Oudolf. Polysensuality shares this worldview, and asks us to focus on the relationships between ourselves, our perceptions and our environment, revealing that they are inseparably linked.