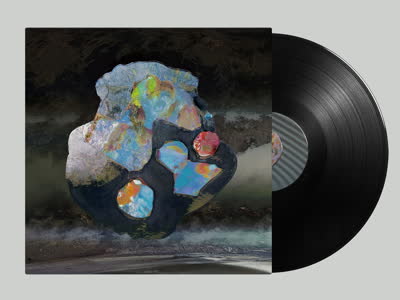 Building on the promise of nearly 10 years testing limits within club music, Batu presents his debut album Opal. Experimentation is a well-established facet of Omar McCutcheon's identity within the leftfield techno zeitgeist, but more than ever on Opal he seizes the opportunity to incorporate ideas beyond dancefloor impetus into his animated, forward-leaning sound.

Through the course of 11 tracks, rhythmic forms are mutated and manipulated, sonic matter bends across the frequency range and narrative structures coalesce and dissolve according to Batu's own internal logic. Unpredictability lies at the heart of all this music, bound together by a consistent modernist glint. It's a sound intrinsically connected to the superlative string of club 12"s, EPs and collaborations Batu has spun behind him thus far, even as it moves into unfamiliar terrain, guided by abstract inspiration from coastal landscapes and the mineral matter all life on Earth is built on.