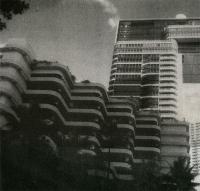 Coral Groups is a live concert piece for 32 channels with an undefined duration.
Various found objects, electronics, piano vignettes and field recordings are put into relation with each other in an improvised way, creating a panorama that is both random and directional.
I presented this piece between early 2013 and spring 2016, in Finland, Sweden, Japan, Mexico, United States, Italy, Germany, Denmark, United Kingdom, Belgium, among other. This excerpt has been recorded close to the final performance of the piece, when things started to come together quite naturally.
Recorded live at Gold+Beton Gallery, Cologne, Germany, november 2015.

Four Pages is a sonata.
The seed of this work is a composition for piano notated on … four pages. Electronically transformed into particles in F-sharp Major, tucked between murmurous silences of a budget-friendly analog filter.
Summer 2016.