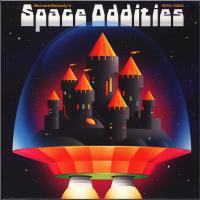 Oddball space disco/funk tracks, composed between 1970 and 1985. Big tip!A master of the mixing board, from the late 60s until the 90s Bernard Estardy was the wizard of French musical recordings. As head of CBE studios, he shaped everything from GÃ©rard Manset’s concept albums to Claude FranÃ§ois’ hit singles, FranÃ§oise Hardy’s delicate tear-jerkers and Michel Sardou’s soul-stirrers. This “giant” had his hand in the whole range of mainstream French music by making his studio a veritable playground for experimentation. His legendary album “La Formule du Baron,” released in 1969, and the eight LPs of production music he made between 1974 and 1978 for Tele Music are vivid proof. In the CBE studio, which she runs today, his daughter Julie Estardy discussed his singular career.