LOG(M) & LARAAJI The Onrush Of Eternity 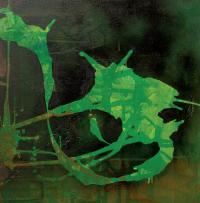 
It gives me the greatest honour to finally be able to announce the release of this amazing triple vinyl masterpiece by log(m) and Laraaji on Invisible, Inc.

It's been over a decade since Laraaji first joined forces with log(m) in their Canadian studio in early 2007. In those ten years the trio recorded many hours of music. Over time these recordings, beginning essentially as live jams, were polished, dissected, processed, re-arranged and then finely and painstakingly distilled down to the 105 minutes of music that now form this album, which finally reached completion just earlier this year. The wait has been more than worth it.

The Onrush Of Eternity is a melding of minds like no other. Ever the pioneer of experimental ambience, Laraaji's signature hammered dulcimer, zither, mbira, auto harp, sruthi drone box and of course his exceedingly positive vibes are here combined with log(m)'s unique vision of gronky hi-tech psychedelic space dub. The resultant voyage into deeply meditative ambience and trance-inducing dub is as unexpected an outcome as it is a bona fide "Eureka" moment. It sounds neither like log(m) OR Laraaji....but of course like both. It is one of those rare collaborations that is, without a doubt, even greater than the sum of its already great parts.