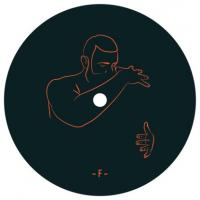 The musical odyssey of the mighty Ketiov continues as he returns for the fifth edition of his self titled label with the ‘F/G’ EP. In contrast to his well received ambient and downbeat ‘King Of Hypocrisy’ LP released back in spring 2019 Ketiov is right back on the dance floor bringing a broad range of tempos and styles, demonstrating yet again his ability to effortlessly blend his unique sound and production style into many genres. From the quick-paced loose percussive disco grooves of ‘Another Mindset’ to ‘Loca’ taking us back to the electro-house era in its finest days and to the lazy mid tempo gem of ‘Number One’ this EP is once again packed with musical goodness for the discerning dance floor and home listener alike… Meanwhile outside the studio Ketiov has also been hard at work on another project and making a mark on the Madrid club scene with his night CARBS, as you would expect from Ketiov delivering an eclectic range of music including disco, boogie, funk, house and modern electronic in an open-minded ‘label free’ space for the LGBTQ+ crowd and anyone else who loves good music. As the man himself puts it, “you do you, we do the rest…”
レーベル #: KETIOV (Poland)