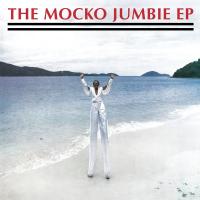 Frederiksberg Records is proud to announce the first ever reissue of Hugo Moolenaar's music. The late Virgin Islander delivers heady cocktail of Island and popular sounds. The Mocko Jumbie EP contains two tracks from each of Hugo Moolenaar's releases.

The second youngest of eight children, Hugo Leanzo Moolenaar was born on September 23rd, 1948, in St. Thomas, US Virgin Islands. His mother was from Puerto Rico; his Dutch-German father worked as a contractor, but also played the guitar and had a 6-piece band that performed at house parties. The young Hugo was a born entertainer. Watching his elders, particularly an uncle who played the ukulele, he began to teach himself to play guitar, practicing on his own. Eventually he began to perform his own songs as he gradually gained confidence and ability.

As well as being a proficient musician, Hugo would also become a highly skilled Mocko Jumbie — a performer of the carnival stilt- dancing tradition which has had a presence in the Virgin Islands for several hundred years, and which historians consider to have been brought to the Caribbean by enslaved West Africans.

In the fall of 1982, Hugo was asked to become a resident performer at the Hotel Shibui in Contant Hill, St. Thomas after a convincing audition for the manager. Hugo brought in his girlfriend Juanita, a singer since high school, and a duo was born.

The steady income from the hotel residency provided financial opportunity that the entrepreneurial Hugo seized. Travelling with their band to Puerto Rico, Hugo and Juanita hired a local horn section and created Hugo’s first album, entitled High, High, High, a reference to the Mocko Jumbie tradition.

But in 1989 a hurricane — ironically named Hugo —destroyed many of the Moolenaar’s belongings, including master tapes and photos, leaving them with very little to show for their long careers.

Hugo passed away on January 25th, 2012, from cancer. It is thought that the disease may have been a result of exposure to Agent Orange during his military service in Vietnam.

To his very last day, Hugo lived by his motto: “Peace, Love and Happiness Always”.