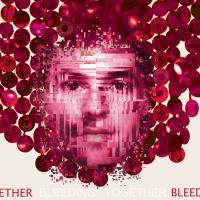 Dissent is a group impossible to categorize. While the ten-piece band's sound is often labeled as funk or acid jazz, there are moments on the group's new album, Bleeding Together, that could very easily be considered simply pop, rock, or new wave. Regardless of genre, what's immediate when listening to the album is how utterly affecting it is. It's the kind of album best listened to in the early hours of the morning. When the rest of the world is asleep, Dissent will awaken in you images of chaos, distress and controlled comfort. It might seem a little scary, but the spook-kookiness of the band's music is what you wish the night would sound like.

Born in 1997 as the brainchild of Wide Hive founder and producer, Gregory Howe, Dissent brings together a range of versatile avant-garde musicians from the Bay Area. Effortlessly breathing life into Howe's vision of an album of concept pieces as structured as they are frenetic, are Kat Ouano (Mission: and Crown City Rockers) on keyboards, Elton &quotShyam" Bradman (Animal Liberation Orchestra) on drums, Lila Sklar on violin, Matt Montgomery on bass, Sonny Walker on guitar, Calvin Keys on guitar, Ray Martinez on congas, Tim Hyland on flute and Nathalie Sanchez on vocals.

This hybrid of musical talent is at its best on &quotFreaky Feet" and the title track when genres and styles are shuffled and toyed with so much that they often crossover mid-tune. Sans vocals, &quotFreaky Feet" begins as a pumping jazz number before slipping into '70s disco, while the opening of &quotBleeding Together" could easily be mistaken for the theme song to Miami Vice before Sanchez's vocals kick in and the song, suddenly, would not seem out of place among the Britpop tunes on a John Hughes soundtrack.

Sanchez's vocals are used so sparsely throughout the album that when they do finally arrive, they offer a welcome dramatic twist to already intricate melodies. The pieces without Sanchez, instead feature eerie narratives from a variety of voices. On &quotHaunted Head", the voices come together to create a stirring Halloween-inspired tune of horror and wizardry, harking back to the more frightening moments of so many of Grimm's Fairytales: a scary old lady threatens, a young man whispers, and a gruesome Lon Chaney-type giggles maniacally over the bizarre musical configuration.

&quotSound Painting" works in a similar way, with the band squarking along as a familiar male voice discusses the &quotsound painting" as he walks through a museum full of such works. As he hits a piece he likes, he wanders over and says, &quotHere, let me turn it up." With every painting the man comes across, Dissent adapt and play something a little different, demonstrating the band's very philosophy -- musical pieces as art come to life.

This kind of visual noise, and out-there experimentalism is what Dissent is all about. The songs on Bleeding Together never begin or end as would be expected. They can twist from sultry jazz (on &quotRudy" which evokes the spirit of the MIA Kristen Vigard) into progressive pop (&quotFlying Blind") in a heartbeat, competently managing Latin riffs (&quotShine") and futuristic beats (&quotDissent 2") in between. The musicians comprised on the album are nothing short of magnificent, the arrangements are swift and complete, jarring and smooth.