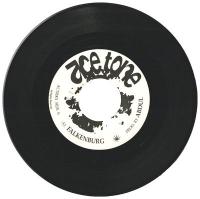 "The first record release of the dub music platform Ace Tone includes three contemporary outsider dub explorations by a Germany-based group called ABDUL, who approach the genre from diverse influences. The tracks on this record are a selection of private sessions recorded live at the premises of Can Ömür Surpan, as well as a live recording of their concert at *Galerie Bohai* in Hannover 2019."

Berlin mavens Funkycan and Max Graef = Abdul. Their new 7" cooks up a cosmic stew of digital dub, the way mama used to make - the follow up to their acclaimed EP on Tax Free Records last year.