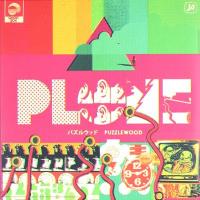 The long awaited third album from much loved vintage synth maestros Billy Bainbridge and Mike Johnston, finally finds its home on Ghost Box Records. This is unironically joyful and melodic electronica; informed by library music, music for children’s TV and a deep passion for the history of music technology.

Plone are very much part of Ghost Box’s DNA. They were a central part of the 90s retro-futuristic scene in Birmingham that included Broadcast and Pram and to which the label has always had strong ties through graphic designer and co-manager, Julian House. They are also cited by the label’s other boss, Jim Jupp, as a major influence on his work as Belbury Poly.

The band was formed as a three-piece in the mid-90s and their debut single, Press a Key, was championed by John Peel. The first album, For Beginner Piano, was released on Warp Records in 1999. Their warm, witty and unfunky music stood out from the crowd, almost in defiance of the moody and masculine post-rave electronica of their contemporaries.

A selection of bootlegged demos from the early 00s was rumoured to be the follow up second album, but it never had an official release. After that Billy went on to tour with Broadcast and later formed Seeland with another former band member Tim Felton (also of Ghost Box’s Hintermass). Meanwhile Mike formed the ZX Spectrum Orchestra, released solo singles as Mike in Mono and was a member of The Modified Toy Orchestra.

Twenty years on and Plone have reconvened as a duo with a third album, Puzzlewood. It’s compiled from material recorded at various points since the “lost album”, right up to the present day.