POWELL Flash Across The Intervals 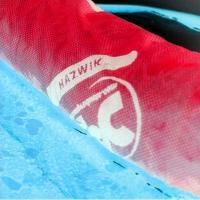 flash across the intervals is the first new powell LP since 2016’s Sport on XL Recordings ⨧ the first music available physically since his 2018 collaboration with Turner-Prize winning artist Wolfgang Tillmans ➬ oscar [powell] wanted it known that this is not intended as a definitive album ↪︎ the realisation/release of some bold new statement, a singular mark of identity or triumphant elucidation of years of valiant work ↩︎ rather, it is simply 35 minutes of music segmented from an overall flow of stuff ⥄ a variable torrent of hyper-synthetic composition brought about by entirely other things ⇩ circumstances that relate in no way to a previous life led within the toxic/capitalist bubble of taste, music, entertainment and ‘community’ ▷ as René Char once wrote, ‘no bird has the heart to sing in a thicket of questions’, and so it was that oscar found himself bereft of courage, stripped of any enduring connection to his work, dissociated from many of the fragile and reactionary structures that had previously held him up. when your own distributor won’t answer your emails ☀︎ when the illusion of reality dissolves around you ☀︎ how can you not think as Leibniz once did: ‘we thought we had arrived at port, but found ourselves thrown back out on the open sea.’ it is easy to be moulded by a contemporary space that leaves you with no possibility of creating anything at all; in a kind of zero state of expression that inevitably forces you to look elsewhere ↙︎ to pursue a Deleuzian line of escape out towards a horizon line that never draws closer. here at least, out on the waves, new cartographies can be traced and new connections formed. this album thus functions as a message in a bottle: cast from unknown coordinates, it maps some of these connections, not least in its close relationship with the visual work of michael amstad and marte eknæs ➔ their imagery fills this music ➔ oscar’s music inflates their films. what emerges from the fog is a luminous three-headed constellation of melodic lines in non-sensical interplay with one another ⥄ here on record, though, spinning at a speed of your choosing, and with eyes closed and no imagery to hand, the feeling remains of a profound decentring, music discontinuously carb✲nated by an alternate geography of relations, the depths of which are only just beginning to be explored.