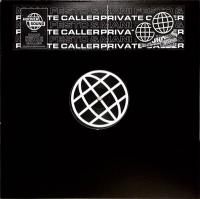 Two of the most exciting names in underground UK dance make their debut on the ever-evolving Hooversound imprint.

Hooversound have steadily been growing since they dropped their debut release from Hyroglifics and Sinistarr back in March. SHERELLE and NAINA haven’t let 2020 interfere with their plans to continue to share gems the label have been sitting on for a while. Since then, the Hoover duo have followed up in June to deliver a powerful EP from Deft, alongside releasing an experimental dubstep record from emerging producer HØST back at the end of August, which included a rowdy re-work from Om Unit. Next up on unstoppable Hooversound, the ladies have combined two of their favourite artists on a split EP, bringing together two individual tracks from Private Caller and Mani Festo for the first time on one four track project, on “Hooversound Presents”.

Hailing from the Midlands, Nottingham based DJ and producer Private Caller has turned a lot of heads recently. He takes his inspiration from Jungle, Grime, Hardcore and heavy Techno. Known for the way he uses old Jungle Breaks and 90’s Rave music, Private Caller brings a new and refreshing take on underground Dance, which has led him to work with Tumble Audio, One Puf and Hardcore Energy to name a few. Enter Mani Festo, a producer and DJ based in London, with roots deep in Hardcore and Jungle and has had ongoing support and plays from several established radio DJs here in the UK. Mani Festo is known for his heavyweight breakbeat sound and his collective/ label (alongside Denham Audio, Borai, LMajor) ‘Club Glow’, who have been making a lot of noise this year with their resurgence of rave and breakbeat crossovers alongside captivating visuals. The producer hasn’t gone unnoticed having released on iconic labels such as Rupture, E Beamz, Warehouse Rave and Swamp 81.