GROUP A No Recording II 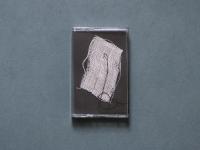 group A's charity compilation series "NO Recording" spotlights on over 1000 unreleased tracks, improv sessions and random recordings from our past. In order to act fast to emergency campaigns, fundraisings and people who are in need of help, the strict "no additional recordings" rule is set and instead we challenge ourselves to cook with what we have in our fridge.

Rough edges and unfinishedness are left partially unintentionally; most of the demos and jam sessions were recorded direct to stereo, hence the mixing is limited, and partially intentionally as a part of the process of chance operations (we also just like it rough). This method allows us to break our own preconceptions and discover new comprehensions.

Vol.2 was created in the summer of 2020 in place of group A's annual Hiroshima and Nagasaki Atomic Bombing Memorial show. Every year the warm air and the sound of cicadas reminds us of nothing but the atomic bombing. As if it's just in our blood, the memory of the horrible past comes back and remind us to never forget.

We were keen to share the idea of this release with other artists and involved our fellow Japanese sound experimenters. Osaka based YPY created briocolages out of random recordings and unreleased stuff from 2017, synth, organ, field recording of his own live performance and some unknown voice. Amsterdam based Kohhei Matsuda's Old Cans is a pseudo tape manipulation of recordings of himself banging old oil cans at his high school class room in circa 2004. Random Tapes: Piano and Voice is another result of experimenting forgotten sound sketches and demos he found in his old HDD with cassette tape voice, piano and ring modulator. London based Kenichi Iwasa randomly laid several recordings of his old jam sessions, both acoustic and electronics, and found his own way of reconstructing his own past. Tot Onyx cut recordings of her voice experimentations and Xaphoon into pieces, and group A created imaginary soundscapes with rehearsal demo and sound diaries between 2016 and 2020.

YPY
Solo project of Koshiro Hino, the composer and multi-instrumentalist from Japanese experimental bands goat and bonanzas. He directs and composes the hybrid orchestra piece "Virginal Variations" that combines classical instruments and electronic instruments, and a live performance piece "GEIST".

Kenichi Iwasa
Multi instrumentalist and improvisationist based in London. He is known for his legendary Krautrock Karaoke night as well as being a sought after collaborator throughout Europe. Some of his many collaborators are Maxwell Sterling, Naima Karlsson and Neneh Cherry. He recently released the 1st album of his new project Exotic Sin with Naima Karlsson.


On the release day of October 2nd, Bandcamp once again waives 100% of its share of sales to support artists and labels during Covid-19 pandemic. All profits we receive from Vol.2 will be donated to ICAN (www.icanw.org) - International Campaign to Abolish Nuclear Weapons.