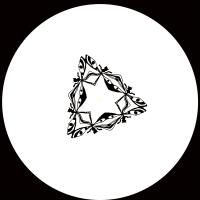 A rare and unexpected resurfacing of the captivating West Coast-based producer Ruoho Ruotsi, who released 9 records on his De’fchild imprint between 2005 and 2011, collaborating with Thomas Jirku and Hollis P Monroe among others, before vanishing into life’s many responsibilities. Ruotsi’s sonic jaunts draw upon the visceral aesthetics of dub, techno, garage and impractical melodic leitmotifs from exper- imental electro-acoustics, fusing them into imaginative new musical opportunities. His music has been described as “vaporous”, “aching and expansive”, “a wicked dub abstraction” or as “Jamaica-meets- Detroit with jazz legend Eric Dolphy.

The night after he sent me the tracks that appear on Prelude, I dreamt that someone had hand-painted strange, swirling patterns on a dark red tinted light bulb, and then turned the light bulb on inside my head.

Since then, I haven’t found a better way to describe them. They’re haunting, absorbing, enchanting. They create their own listening environment. They have the power to change your mind. Each track on Prelude is a unique spatial tapestry. “Prelude a L’apres midi d’un Buzz” meanders through an impressionist landscape, the chugging beat a tense counterpoint to the drifting, breathing melodic formations that fold in and out on themselves. “Na me U Dey follow talk”,(“are you talking to me”) in Nigerian Pidgin, is an exercise in psychedelic vocal experimentation tied to a dub backbone, "the cacophony of everyone talking and no one being heard." “La Brume Sur Buri Buri” hangs an understated rhythm in riveting suspended meditation, the melodies and textures recalling cloud formations and rolling fog unique to the Bay Area. The name is a reference to the https://en.wikipedia.org/wiki/Ran- cho_Buri_Buri.