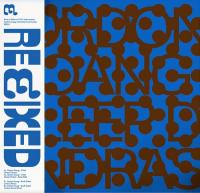 Gordon Koang, South Sudan’s enigmatic superstar and ceaseless fountain of infectious, upbeat pop music, kick starts 2021 by revealing a series of remixes from his recent Unity album, this time partnering with two of the undisputed leaders of electronic music in his adopted home city of Melbourne, Australia - Sleep D and Andras.

Stranded overseas after civil war tore apart their country over six years ago, Gordon and his cousin Paul Biel Kueth, who were on tour performing to expatriate communities in Australia, were forced to apply for humanitarian protection and made the heartbreaking decision to leave their families stranded at home, on the chance that citizenship would be granted and reunification made possible.

After languishing on the outskirts of Melbourne’s suburbs for many years, Gordon met the Music in Exile label, a not-for-profit run by members of Melbourne’s flourishing music scene in order to create more opportunity for the city's numerous refugee and migrant musicians. He immediately assembled a band and tracked his eleventh full-length album, Unity (his first recorded album featuring performances in English and made widely available).

In the midst of a successful run of singles and festival performances around Australia, the Covid-19 pandemic hit, derailing Gordon’s newfound success and growing status as the darling of Melbourne’s vibrant music scene. Forced to find alternatives, Gordon reached out to some of his newfound friends in that city’s community. The result - this set of startling remixes by some of the finest voices in electronic music today.

Gordon, who was born blind in a small village in South Sudan’s Upper Nile Valley, began composing on the thom, a five-stringed instrument sometimes referred to as a Sudanese banjo, He started busking on the streets of Juba, accompanied by his cousin Paul Biel, who would sell homemade cassettes and CD’s. His anthems of peace, love and unity struck a chord, and before long Gordon found himself as something of a folk hero and a voice for peace in a country torn by ongoing conflict.

Now resettled in Australia, Gordon records and releases music in order to support his family back home in East Africa. He still awaits Australian citizenship, and forges on in the hope that this may one day be granted, allowing him to reunite with his wife and family in his newfound home.

Unity is Gordon’s eleventh full-length album and first to be recorded in Australia. It was produced by Stefan Blair and Liam Parsons of Melbourne lo-fi legends Good Morning, and features an ensemble cast of Australian performers. South Sudan and Y Dah are taken from the album, reimagined here by Andras and Sleep D. The remixes were a gift to Gordon and his family, with no fees paid or royalties due - all proceeds go directly to Gordon to help him reunite with his family.