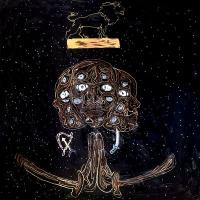 Kumasi may be modern Afrobeat’s best kept secret. Since 2014 the 14-piece powerhouse has meandered from one New Orleans dive to another, performing to a mostly local audience, and often for free. The group, lead by frontman Stefan Poole’s Fela-inspired, yet uniquely New Orleans showmanship, has moved both the genre’s deepest diggers and the most casual of French Quarter tourists to dance.

The group’s live performances are infamously marathons, regularly spanning 3 hours at their Blue Nile residency. Original compositions comprise most setlists: modern, jazz-centric interpretations of Fela’s classic form that incorporate rhythms and stylings from New Orleans and the surrounding Afro-diaspora, namely Cuba, Haiti, and Brazil. The band regularly offers up a deep selection of '70s and '80s Afrobeat and Afro-funk covers from across the African Continent as well- songs that rarely exist outside the cracks of old vinyl, brought back to life in all their original grandeur.

Here, Kumasi presents their third release and first live album, recorded where they feel most at home as a group- on a New Orleans stage in front of a live audience. This performance features four original compositions recorded live for the first time. It’s music that perfectly showcases the infectious mix of heavy rhythms, spontaneous, improvisational musicianship, and inclusive, participatory style that characterize Kumasi as a group as well as the genre as a whole. Enjoy!