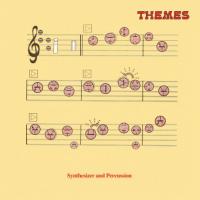 Be With has worked with the hallowed KPM to re-issue ten of our favourites from across the KPM 1000 Series and the Themes International Music catalogue, currently under KPM stewardship.

Whether it’s killer soul-funk, sweet jazz-samba, skuzzed-up guitars or accidental Balearic beauty, these records include some of the most innovative work from some of the most talented composers and musicians of the 20th century.

These records were never readily available, being originally released as a ready-made, affordable alternative to commissioning music for television and radio. Consequentially the originals have been unobtainable for decades by all but the most dedicated collectors.

The audio for all ten re-issues comes from the original analogue tapes and has been remastered for vinyl by Be With regular Simon Francis. We’ve taken the same care with the sleeves, handing the reproduction duties over to Richard Robinson, the current custodian of KPM’s brand identity. And don’t worry! Those KPM stickers aren’t stuck directly on the sleeves!

But we didn’t just get a bit giddy and find ourselves re-issuing classic work from Alan Parker, Alan Hawkshaw, Brian Bennett, Nick Ingman, James Clarke, Francis Coppieters, Keith Mansfield, David Snell and John Fiddy. In the middle of the project KPM also asked Be With to be responsible for the vinyl version of Full Circle, an entire LP of new material from Alan Hawkshaw and Brian Bennett. Who were we to refuse.