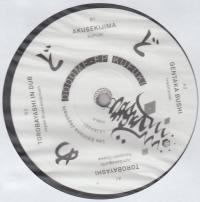 Les Editions Japonais, is a new label to showcase Japanese artists new and old, the first release is by Tokyo based band Kufuki.

MInyo has an ageless tradition in Japanese culture, mainly work songs - for example, sung by field workers and fishermen - and regional tributes. Passed down over the centuries by performance at seasonal festivals, they are often accompanied by dance. These traditions prevail, and many songs are familiar to a large proportion of Japan's population, young and old.

Kufuki have already released two albums, the self-released "Fukamidori" (2010), and "Kufuki", on the Wonderyou label (2012). Favourable reviews appeared in Japanese, American and European web magazines: Bad Alchemy Magazin (Germany), Loop (Chile), Sound & Recording Magazine (Japan), Hemisferia (Colombia) and more. They toured South Korea in 2013 and Europe in 2014, taking in Germany, Portugal and the UK. This year they are planning another European tour.

The band's singular sound is a rollicking rendition of minyo, using the driving work-song rhythms as a background to their call and response vocals, and phalanx of decaying synthesizers, all in a pentatonic key.

Torobayashi is a 20th century folk song, originally released in the early 60s by Masao Suzuki, as part of the original wave of popularised minyo. Akusejima is much older, named after the tiny remote volcanic island in Kagoshima. And, tucked away on the B side is a cheeky dancehall-tinged re-work of Torobayashi by Japan Blues.

The 4 track 12" comes in black disco bag, with label artwork by Motomasa Saito, and with a washi