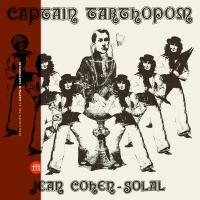 
"Nothing can stop a flutist. We can do whatever we want, whatever we feel. My flute, is a mirror of myself. I express feelings more easily with the flute than with language." This is what Jean Cohen-Solal said on the cover of his first album, Flûtes libres, renowned for its adventurous overdubbing of alto, piccolo and bass flutes, in treble or in C and ocarina.
Mentioned on the famous Nurse With Wound list, the path followed by Jean Cohen-Solal included many exciting adventures in the 1970s, from his participation in the cult animation series Les Shadoks where his voice can be heard alongside the actor Claude Piéplu, to his proximity to the GRM where he worked alongside Bernard Parmegiani, François Bayle, Luc Ferrari, Guy Reibel and Béatrice Ferreyra, or his involvement in progressive music with Captain Tarthopom (1973), an album very much in the same style as that featured in Europe on the Vertigo label, but in an instrumental form, and even more audacious, without turning its back on the same classical influences as everyone else.
It is impossible to pin a label on Jean Cohen-Solal, he is the equal of his anglo-saxon counterparts Bob Downes, Harold McNair, Jon Field (Jade Warrior) and Jeremy Steig, just to mention the most creative of the bunch. His affinity with strings, already heard in his work with Serge Franklin, (author of the the ineffable Free Sitar) on Flûtes libres, is perfectly echoed here by the work of Jean-Claude Deblais, himself author of one of the little-known summits of sound illustration and French underground music: Le Miroir du fantastique.