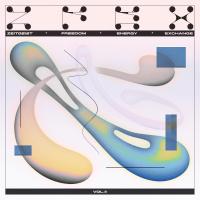 Headed up by drummer Ziggy Zeitgeist, a staple of the Australian music scene, most prominently touring and recording with Melbourne Nu-Soul/ future-jazz collective ‘30/70’. Ziggy’s music has already been championed across the breadth of the jazz and dance world, with support from the likes of Gilles Peterson, Kamaal Williams, Byron the Aquarius and Alexander Nut just to name a few.

Growing up in Australia, with no real club culture in sight, Ziggy’s formative years were at the ‘bush doof’ - an outback rave where speakers were driven to remote lands and dance music would blast from the wee hours in the morning to the wee hours at night. This is what Ziggy describes as the playground of Australian Electronic Music.

“This is our culture of electronic music. It’s about exploring the spectrum of consciousness and a connection with ourselves, one another and the land.”

Z*F*E*X is the synthesis of dance music in human form. A live band experience humanising the extended DJ set. Heavily influenced by club culture and transcendent psychedelic experiences - Z*F*E*X is a continuous odyssey of sound, where synths intertwine with flutes, jazz drums are played with the raw energy of classic broken beat records, and natures call and response is mimicked in musical form.

From the bubbling, syncopated, exuberance of opening track “Candy Flip”, through to the hypnotic, twilight introspection of “Still Swag” (wherein the band are joined by label founder Jitwam), the LP provides a mesmerising, continually evolving sonic landscape. The driving, bossanova-infused percussion of ”Rendezvous” and “Mas O Menos”, meet the insatiable, rhythmic currents of “Logan's Run” and “River Run Deep,” allowing the band to show the full extent of their impeccable musicianship across the album.

“Music is the method of tapping to the eternal source.. the moment, the sacred place we break out of these divisions of the mind and we realise the oneness that abounds us.”

Utilising the spirit of live improvisation, Z*F*E*X reaches to the furthest echelon’s of the human mind to create dance music with a cosmic pocket. Recorded in Melbourne with Lewis Moody on keys, Erica Tucceri on woodwinds, Matthew Hayes on bass, and Javier Fredes on percussion - the recording sessions were an exploration into sound... an exploration into the zeitgeist... jazz music that isn’t jazz, electronic dance music that isn’t electronic.
レーベル #: THE JAZZ DIARIES (IND)