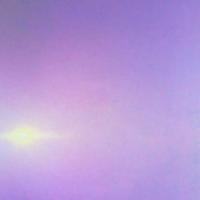 Pascal Terstappen a.k.a. Applescal has released his new artist album, Diamond Skies on Atomnation. The nine-tracker is a collection of expertly-produced, instrumental melodic house with lush, ambient soundscapes and a nod to the analog sounds of the 90s. The album has received heavy support from key names in underground electronic music community and is Applescals sixth studio album to date.

Terstappen has been running Atomnation full-time since his early twenties and has shaped it into one of The Netherlands leading independent labels and a home for an eclectic mix of electronic music including signed artists such as Gidge, Polynation, Tunnelvisions and Sam Goku. Diamond Skies exemplifies the vibrant sound of Atomnation, a lush, colourful album which journeys through melody, ambience and emotion while offering an occasional surprise to the senses. The album was written and produced through 2019 and completed in the early days of March 2020 when dark skies were looming.

Diamond Skies represents a creative optimism and brings a sense of something to look forward to. Applescal has created a musical dreamworld for a listener to step into as an antidote to troubled times. Diamond Skies is an album which feels uplifting and effortless, a confluence of melodic house, occasional breakbeat and ambient energy; the sound of a producer at the height of his powers.
レーベル : ATOMNATION (GER)