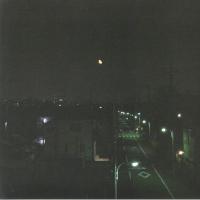 In the 2000’s Chee Shimizu helmed an untouchable Tokyo DJ collective called Discossession alongside Dr Nishimura (House music buyer for Cisco Records at the time). Balancing out this unit were a young Scotsman-abroad named Jonny Nash (who’d later form Sombrero Galaxy [ESP001] and Gaussian Curve as well as the Melody As Truth imprint), and the late guitar virtuoso and tattoo artist Zecky. Formidable DJs and multi-talents on the Tokyo scene, Discossession released two EPs on Kenji Takimi’s Crue-L imprint and various mixes individually on www.lovefingers.org, all holding well-deserved eternal cult status. Chee’s Denshi Meisou [2006] and Follow My Dream [2007] for Lovefingers as well as his legendary “listening sessions” at HiFi lounge SHeLTeR in the Tokyo suburb of Hachioji, laid foundation for what would become known to his followers as “Organic Music” or “Obscure Sound”, the former extending as the name of his record shop and the latter as the title of his 2013 book.

Obscure Sound chronicled his tastes in detail and has since become a sort of diggers bible for peers and younger generations. At the ESP Institute’s inception in 2009, Shimizu contributed two tracks to Lovefingers’ Concentration Vol 1 compilation as apéritifs to a later release. “Later” eventually became “forever” and the mythical piano track (appearing only as a demo on Golden Age and Dekmantel 061) is still, to this day, not ready for formal release. Skip a dozen years, musical interests and major life changes, and Chee has now unveiled something quite special in accordance with his Obscure Sound—rather than making new out of old rope, he presents a collaboration with Tokyo guitarist miku-mari a.k.a. Takahiro Matsumura. The artists frequently collaborate at the experimental audio/visual event, Sacrifice, held irregularly at Tokyo’s ForestLimit, and in 2018 when Chee was invited to DJ at Japan’s only Ambient festival Camp Off-Tone, he and miku-mari endeavored to expand these works into a 2-hour improvised performance. Chee collaged various percussion samples and personal field recordings utilizing four CDJs, supplementing with live windchimes and Andean chajchas, while miku-mari coupled a guitar-controlled synthesizer, Sound Tube software (developed by Japanese Ambient composer Hiroshi Yoshimura) and more live elements such as Tibetan bells and pyramid crystals. Rehearsals for this performance were held prior to the festival at ForestLimit, recorded as multi-tracks and edited into these two cerebral Reconstructions.