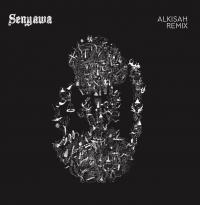 Alkisah Remixed is the album curated by Les Ateliers Claus and Kiosk radio (both based in Brussels) and is created with the stems of the Alkisah album by Indonesian duo Senyawa. Alkisah is co-released by a multitude of independent record labels from all over the globe each and to extend this collaboration we decided to involve our musical family.

Six artists were invited to tell ‘Alkisah’ stories into different possibilities and produce unique speculative works. This remix LP brings a variety of musical genres and shines a different and surprising light on Senyawa’s compositional works. Going from a musique-concrète approach, towards dub and dance floor bangers highlighting the timelessness of Senyawa their music