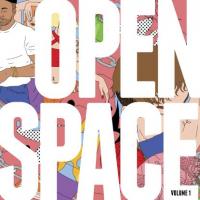 In a year of global shift and continuous changes, Figure takes a leap of faith and extends its catalog by introducing a completely new compilation series to the label. The Open Space series will feature forward-thinking Electronica and Ambient from a well-curated list of seasoned producers. Compositions that invite to let the mind wander, weaving stories, and conjuring up emotions.
While these softer genres have already played a respected role in former Figure releases, for the first time in the labelÂs history they are now being given the center stage. Volume 1 sets the mark by providing producers whom weÂve come to love for their dancefloor-centric output with an open space to showcase another side of their skillset. Open Space remains open to various strains of Electronica and Ambient, ranging from the introspective synth-monologues (Sebastian Muellaert / Kirilik), drony dub-experimentalism (Moritz Von Oswald), alive and breathing takes on the genre (JakoJako), to singular compositions which slowly build their own lasting narrative and thus develop a genuine, emotive quality (John Beltran / Tin Man ). Len Faki himself proves the artistic breadth of Open Space, sharing a powerful and conscious message through a rare and delicate moment of him exploring the form of spoken words. Other contributions include Jesper DahlbÃ¤ck as The Persuader, Luke Slater as 7th Plain, or Ralf Hildenbeutel - a former production partner of Sven VÃ¤th and now a successful composer of film